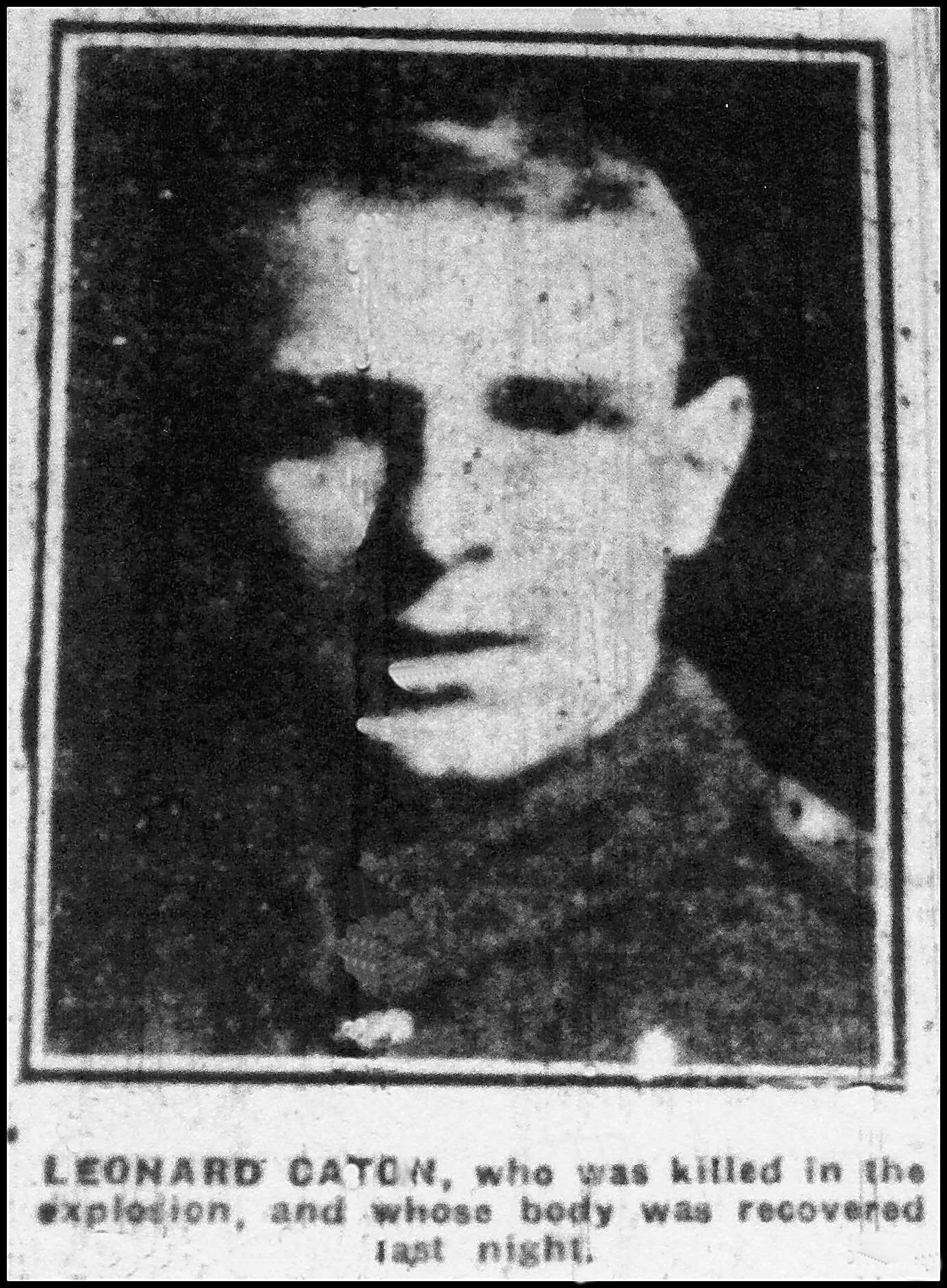 Leonard was the son of William Henry Caton and Annie Pimblot. Leonard Caton was born in Goldenhill in 1893 and worked as a coal miner in the nearby Colliery of Birchenwood, where he was involved in the mining disaster at Birchenwood on 18th December 1925 that led to the loss of his life.

Link to the Birchenwood mining disaster.

Leonard and Elizabeth had three children all of them girls. Grace Caton, Fanny Caton Gladys Caton.

Gladys was born a week after Leonard died in the pit disaster and never knew her father.