Joseph Dunn Austin appears to have been given his mothers maiden name as his middle name. He was the second son and third child of William and Mary. The 1881 census records states his birthplace as Leycette (Cheswardine). Shropshire.

His first wife was Hannah Ratcliffe and she was Joseph Henry’s mother. They were married in 1861.

Joseph later married Eliza Potts in 1874 after Hannah and then Elizabeth had presumably died. There is a record in Family search that the wedding took place in Wem on April 4th 1893. Though Staffordshire BMD has the marriage at Mucklestone St Mary in 1874.

He was working as a nailer when his son Joseph Henry was born in 1865 and his occupation on the 1871 census records is still a Nail Manufacturer.

In the 1881 census records he is living with his third wife Eliza and his step daughter Ellen Potts. Unfortunately the place he is living is only described as village, although the census place was Mucklestone. His son by Hannah , Joseph Henry is living with his mother Mary in Napley Heath. Joseph’s job in 1881 is stated as a gardener non domestic.

Joseph appears with his parents on the 1841 Census records.

Joseph is not as yet found on the 1851 Census records?


Elizabeth had been married before to John Malpass her maiden name being Fox it seems Isabella her daughter is using the name Fox.

Mary Elizabeth Austin born 1863 in Norton on Hales and was Joseph and Hannah's second child.

Mary Elizabeth appears on the 1881 Census records living at Village Farm House Mucklestone. She is aged 18, unmarried and working as a domestic servant for the Duckers Family.


There are two marriage records for an Edith M Green in Staffs BDM. The first is to Henry J Chown in 1912 at Alrewas, All Saint's Lichfield.Reference 1PL/2/58.

The second and more likely is to Albert Benwell in 1915 at Wellington,St Luke Stoke-On-Trent. Reference 36/10/131.

and christened 6th August 1865. in Norton in Hales.

full details at above link !

Hannah was probably named after her mother. She was the last of the children born to Joseph and Hannah, as her mother died soon after.

Hannah seems to appear on the 1891 census records living in the Old School house on Vicarage road, Hartshill, Stoke she is aged 24 and working as a general domestic servant for Eli and Ellen Alsop who were both teachers. A year later in 1892 she had married John Gould. 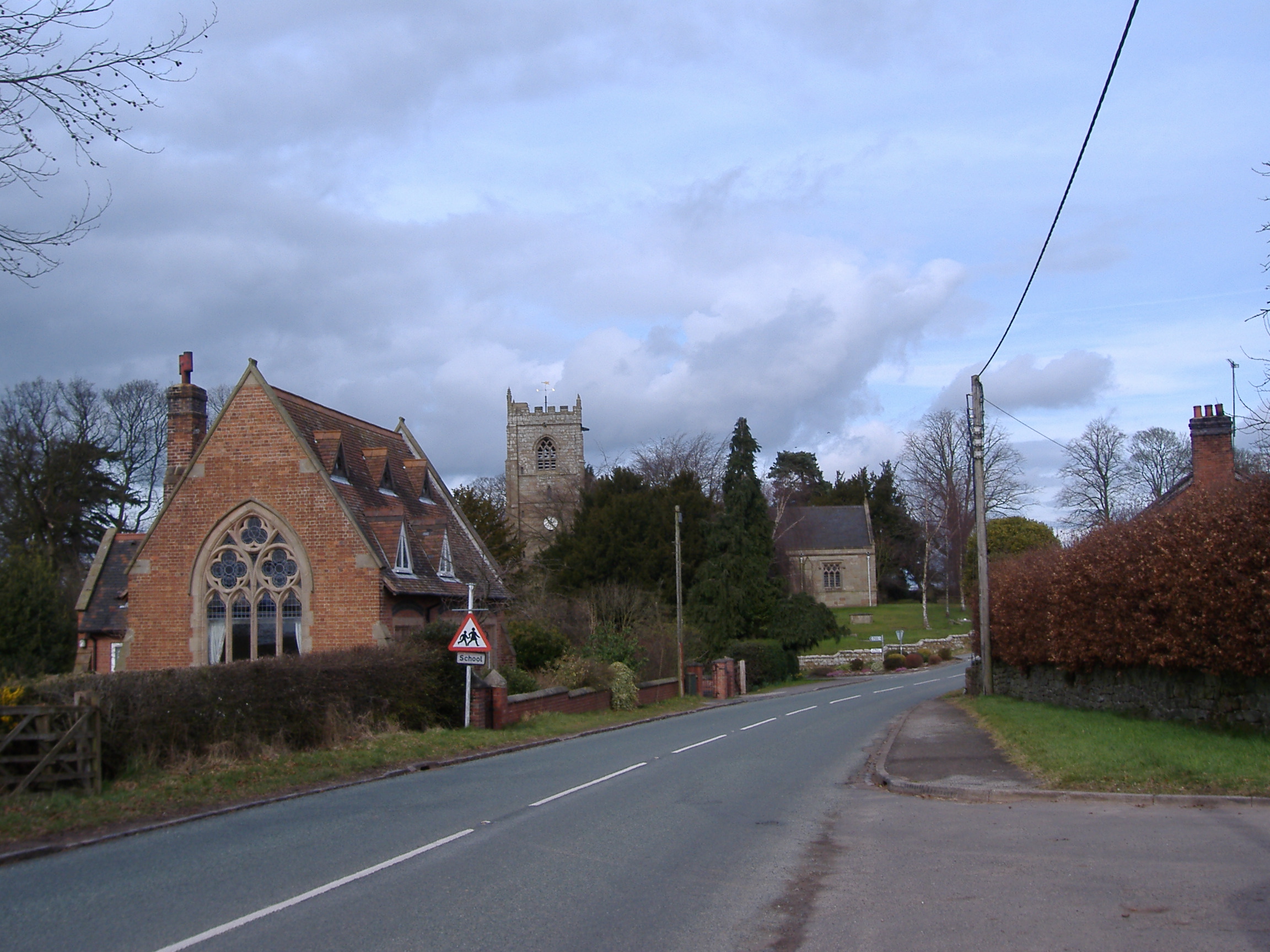 A view of Mucklestone with the old School House on the left.