There is not a lot known about the early Woodcocks other than the fact that they married and had at least two children a boy and a girl. The couple got married on September 12th 1806 after the birth of the first child that they had named Joseph. The second child was a girl that they named Ann. There is a strong feeling that they had another girl named Mary who was the first wife of George Boot but this is in no way proved. (as yet).

The marriage register reads :- James Woodcot of the Parish of Audlem, a bachelor and Elizabeth Dod of the Parish of Audlem, a spinster, were married by banns published in this church on January 19th, 26th and 2nd February, and no impediment [ bride and groom both marked with 'x'; witnessed by Thomas Banks, John Woolrich, Richard Cooksey parish clerk]. Since neither James nor Elizabeth could read or write their names in the register, they would be unable to correct the spelling of Woodcot to Woodcock, but there can be no doubt that this is the correct entry.

Joseph Woodcock was born in Audlem and married a woman named Mary Heskett, on the marriage certificate it can be noted that neither Joseph, Mary or the two witnesses could write and they all made there mark with a cross. The two witnesses were both named Woodcock but only the second name of John is legible. They had at least six children all born in Audlem in Cheshire.

Eliza Woodcock had an illegitimate child names John Woodcock in 1858. She married James Hobbs around 1863 in St Margarets church in Wrenbury Cheshire. They had another boy in 1865 that they named James after his father.

Sarah Woodcock's story is a little confused, she married firstly a Joseph Hollins in Market Drayton in 1859, the 1861 census records have them living in Norton in Hales, Shropshire, but by the 1871 census records she is living in Knutton, Staffs with James Malkin and his wife. By the 1881 census she is living as James wife. Perhaps she was taken in by the Malkins after her first husband died. Perhaps James wife died and he then married Sarah. Perhaps we will never know. Sarah had one child by her first husband whom they named after the father John Hollins. She had four children by her second husband James Malkin. They were Martha b.1871, William b.1873, Fredrick b.1879 and finally Hannah Malkin b.1884.

For more details of this family contact Sue Jones. 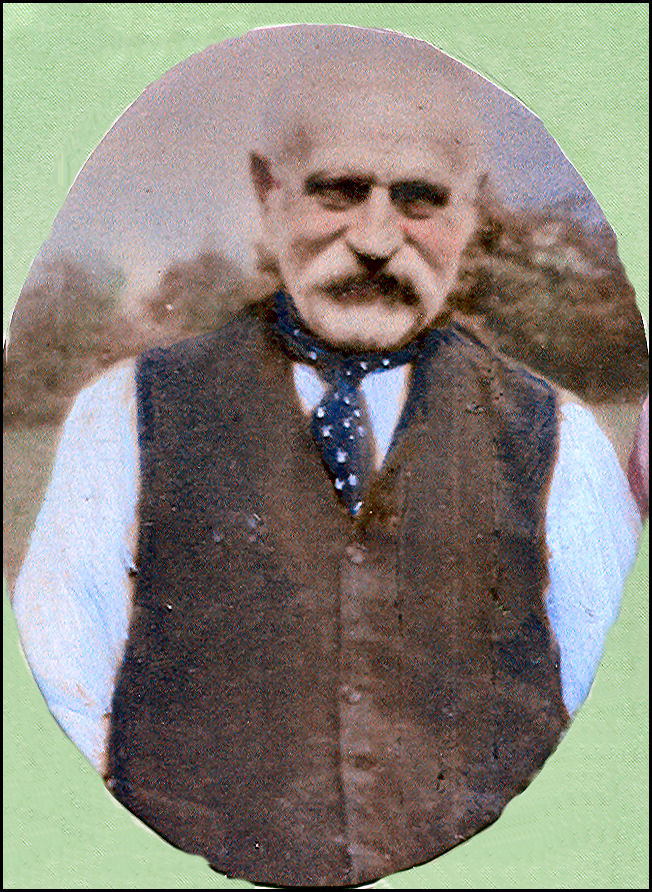 John Woodcock b1866 son of Thomas and Hannah.

Sue Jones nee Woodcock kindly offered some of her research which I have added to this website and I extend my gratitude to her.

Details of the 1841 Census Records.

Details of the 1851 Census Records.

died 1906 in Newcastle Under Lyme.

in Audlem, St James the Great.

William was the son of Joseph and Mary Woodcock.

William Woodcock was born in Audlem in Cheshire and sometime between 1861 and 1865 he married Sarah Orwell from Ashley at St James the Great, the local church in Audlem.

Sarah Orwell was born in Ashley, Staffordshire and was the daughter of Henry Orwell born c1824 and Mary born c1821 both from Ashley.

By the year 1871 the married couple had moved to Knutton in Staffordshire where William is shown working as a Labourer at the Iron Works. The 1871 census records show that Henry the first child was aged seven and born in Audlem, and William aged three was born in Knutton, so we must presume the move took place between these two dates, say around 1867. It is most probable that he moved to find work.

The 1861 Census records show that William is living and working as a Waggoner for a farmer name William Mate in Norton Wood, Norton in Hales. He is age 19 and unmarried.

As we see by the 1881 census record Sarah has died. It may also be noted that on Sarah's death certificate her surname is stated as Howell, her maiden name was Orwell ?

It may be noted that the 1901 census record states Annie was Imbecile from birth, I have details from her grandchildren that they have fond memories of Annie, and there is not a lot to suggest she was an imbecile. Annie did have a reluctance to leave the house various people tried to get her to go out but failed. Douglas Beech remembers that there was always a pot of senna tea on the boil. Betty Cope says she has very fond memories of her and that she had very long hair down to the waist but it was usually kept pinned up. My father Harvey Austin remembers that when their house was bombed in the second world war she came to stay with them in Audley Annie is said to have hated Audley. On reflection it would seem very likely that she hated Audley she had lost her home in Thistleberry, she was apart from her husband and family, she had a broken leg and also some type of agoraphobia. Poor woman.