This is the first page of the earliest Beech history and it is here to offer two options on the parentage of Samuel Beech, because there is no definitive proof of Samuels ancestors. The two options listed here are very close but unfortunately offer no positive proof too the identity of Samuel Beech's parentage. So two Samuel Beech's both baptized at St Bertoline's church at Barthomley but at different dates and different parents. Obviously I hope to obtain the one true family at some point in time perhaps from a will or a family bible maybe, and when that happens I will update the records accordingly.

The earliest trace of the Beech family may begin in the very small rural village of Smallwood in Cheshire where in 1764 Richard married Ann Dale. Ann Dale's father was named Richard Dale and was born in Smallwood around 1728. Smallwood even today is a small place with several farms and is situated in South Cheshire between Sandbach and Congleton.

Soon after they were married they had at least one son named Thomas Beech who was born in 1765.


Elizabeth Jones parents were : James Jones born around 1746 in Wheelock, near Sandbach, who married: Elizabeth Rathbourne.

Elizabeth's father was Philip Rathbourne from Burslem in the Potteries.

Thomas and Elizabeth Jones probably lived near Smallwood in Cheshire, they had six children.


This following information is taken from St Bertoline's church at Barthomley:-

William and Rebecca had eight children and lived in the Crewe Green area of Cheshire, this is still known today as Crewe Green and boundaries with Haslington.

Thanks to Adrian Bruce for this information.

Samuel Beech was the son of Thomas and Elizabeth or William and Rebecca and married Martha Cook in 1825.

My 3G grandmother Martha isn't with them - she's employed as a servant at the Red Lion in Weston, where the landlord's son (my 3G grandfather) is, in true Victorian melodrama fashion, having his way with the servant wench. Except I wouldn't be at all surprised if it were the other way round, given Martha's later history - and her own mother's example!

Emily (1852-1927)is the daughter of Martha Beech and William Harding - my 3G grandparents. That we do know.

Then Thomas Stubbs (born1878) is the son of Martha Beech and Henry Stubbs after they married in 1877.

We only know William Harding is Emily's father because his name is in the Baptismal PR - this was the time when illegitimacy didn't result in your name being banned. However, for the middle lot, opinion seems to have hardened and no evidence exists of the name of X. Family legends suggest he was a gentleman caller with enough money to settle Martha in a house - except I'm not sure of even that since after her death, her widower, Henry, moves in with his step-daughter, Emily.

Intuitively, there looks too much of a gap for me to believe X was either William Harding or Henry Stubbs. Also, neither seem to have had much cash. William seems much closer to a Victorian Del Boy than a Victorian gent - though the 1901 census shows a curiously tender side in that William seems to be a full time carer to a Levi Edwards who, looking at all the census evidence, I suspect he may have known all his life.

Adrian kindly offered some of his research to be added to this website and I extend my gratitude to him.

buried at Newcastle U Lyme cemetry.


James was baptised by RD Hick, the curate of St. Matthew's, Haslington, on 25th September, 1831. The spelling Beachis used for the surname.

Louisa was the illegitimate daughter of William Swinnerton and Elizabeth Timmis.

James and Louisa married at St Bertoline's church in Barthomley on 1st February 1853, on the marriage certificate James is a labourer and Louisa is a servant, both resident in Haslington, near Crewe, Cheshire. James signed his name and Louisa made her mark. The witnesses were Thomas Beech and Sarah Tomkinson they both made their mark.

James and Louisa were living in Haslington near Crewe in Cheshire, when they first married. The 1881 Census records have them both living at 57 Fletcher Street, Newcastle under Lyme in Staffordshire, before this they lived in Sneyd Green in the Potteries.

James died in 1900 in Chell Hospital, which was also a workhouse. James was buried in common ground in Newcastle cemetery grave number 2937 block 59. Also in the same grave are his grandson Roger Whitaker the son of Herbert Beech in 1901 aged 7 months, and his wife Louisa 1912. The grave was later bought by a family named Pepper and a headstone is on the grave bearing the name of two Peppers.

Louisa died at the age of 78 in 1912 she was living at no 3 Back Brampton in Newcastle at the time of her death and seems to have died over a period of a month according to the death certificate of Nephritis and Bronchitis. 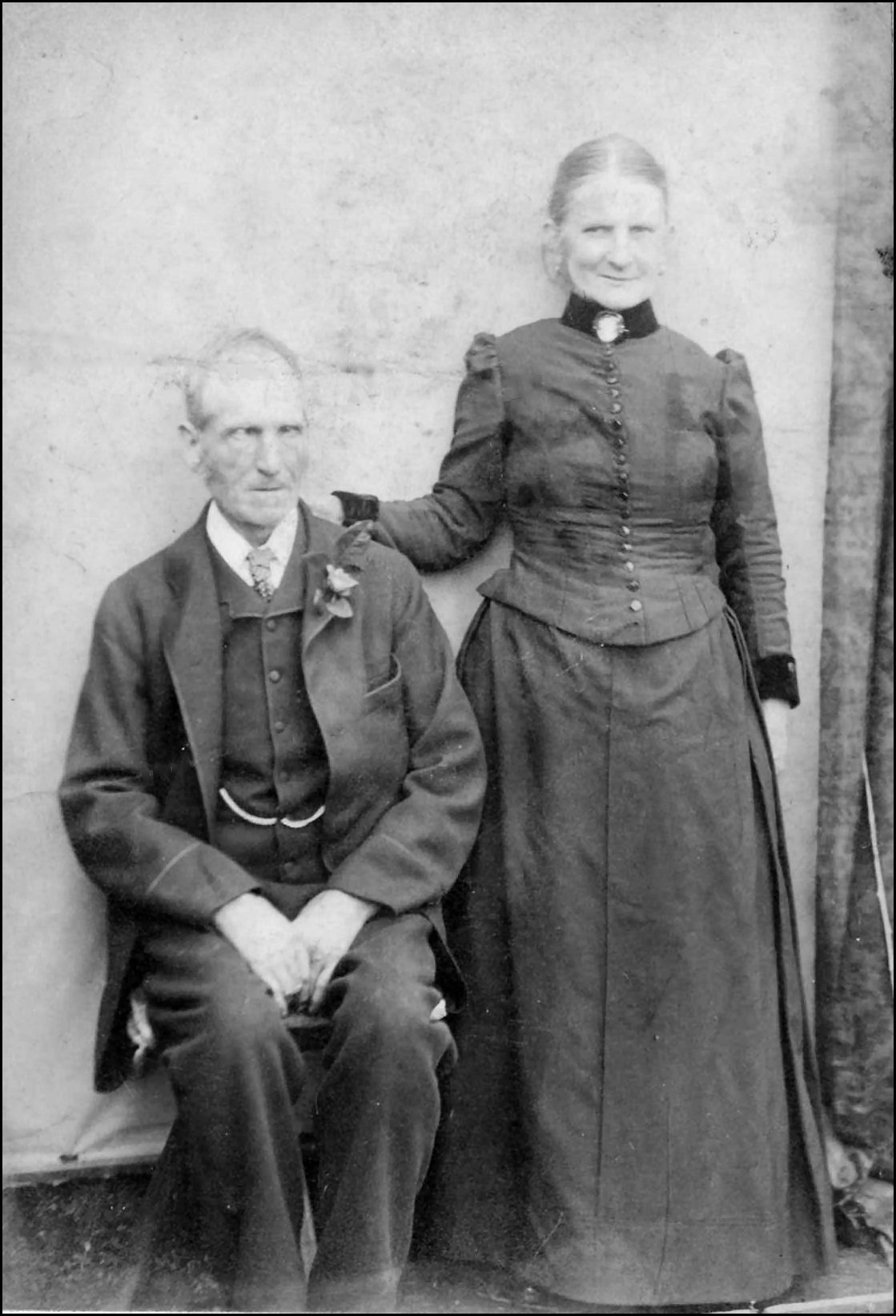 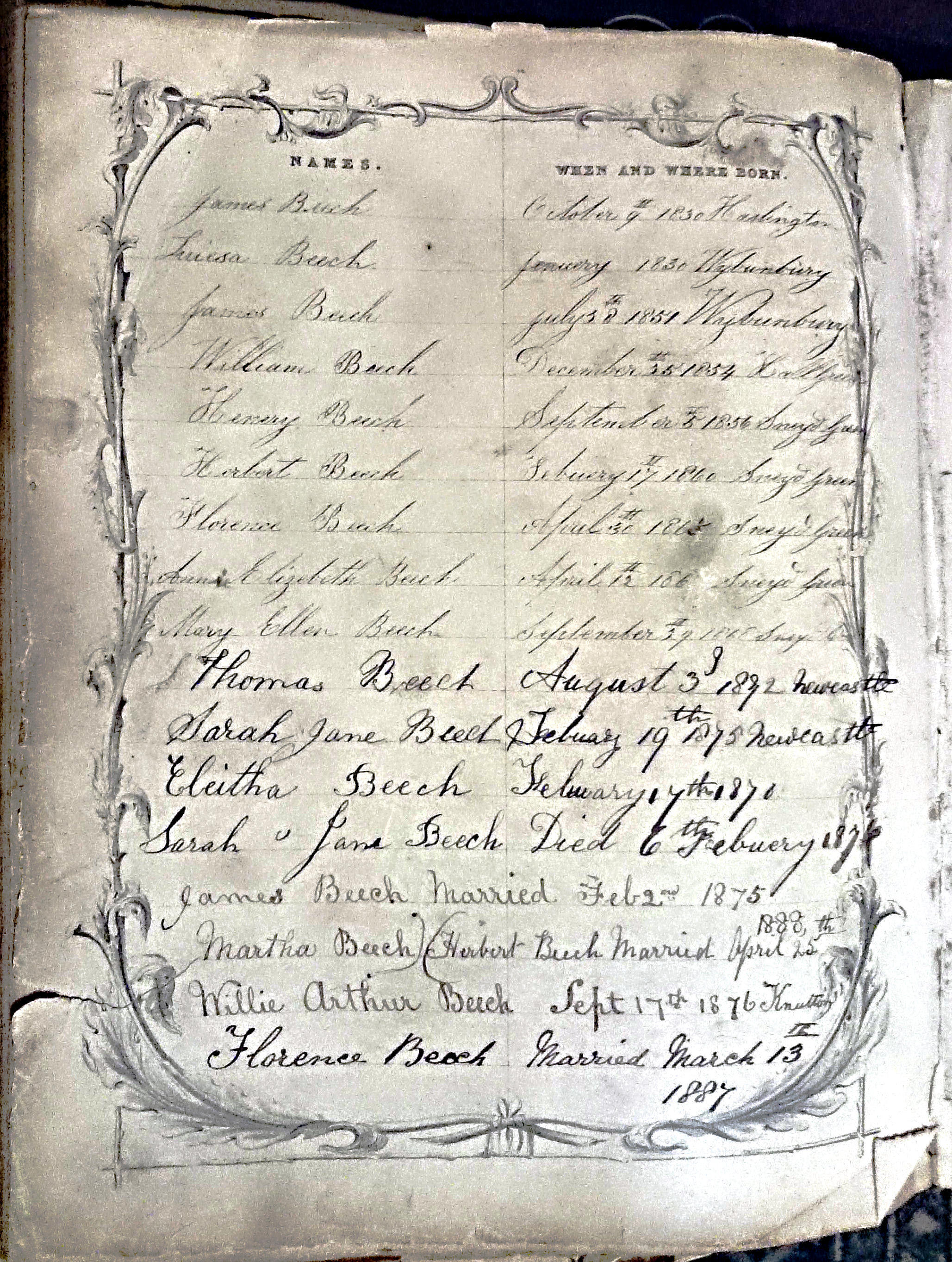 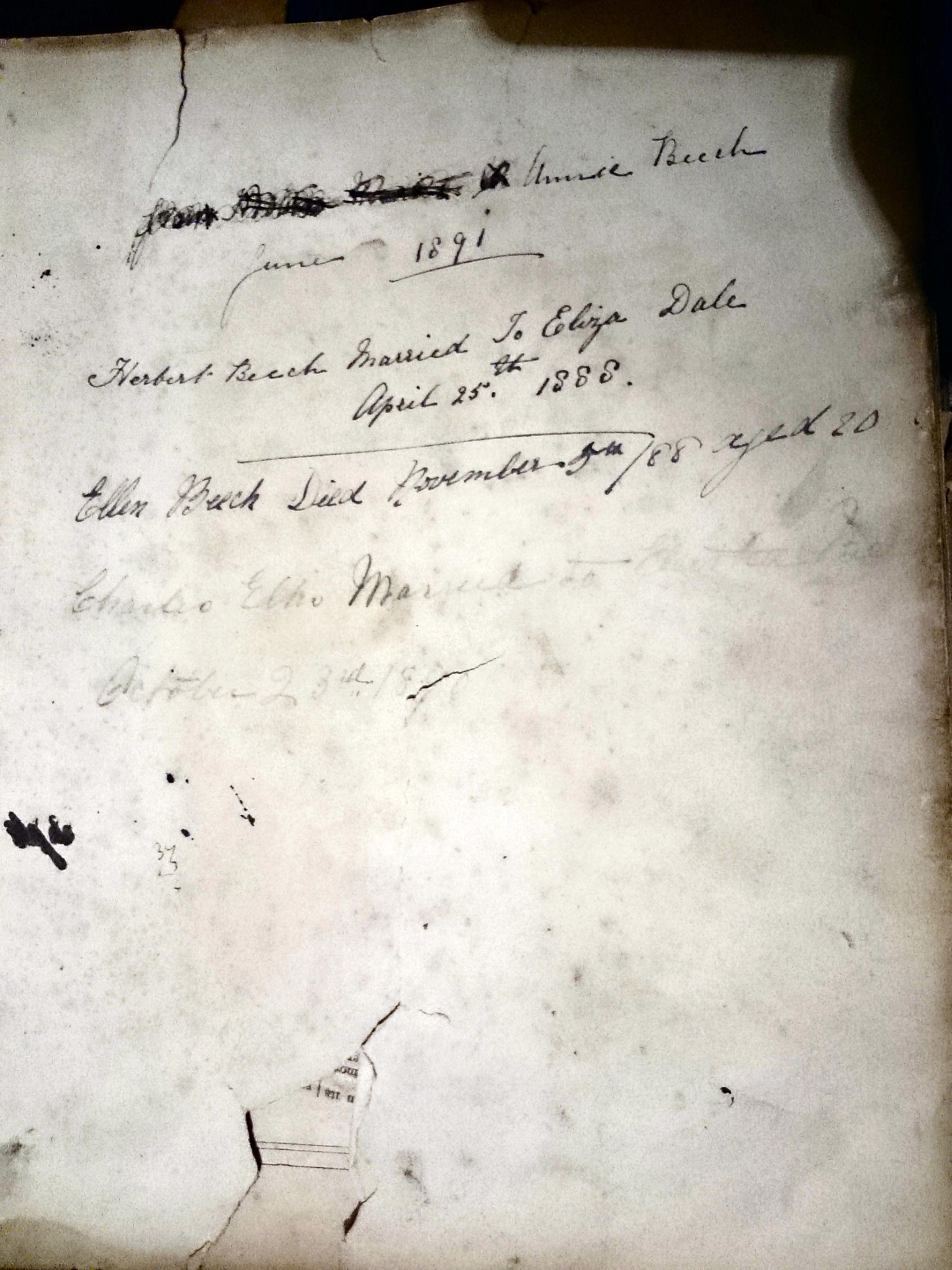 Pages from the family Bible


The above pages were kindly sent to me by Des Beech. I offer my thanks.


Second page Some words crossed out and illegible.

Annie Beech is mentioned on the above page but not sure why? There is a marriage found on Staffs BDM of Annie Beech to Harry C Jones at Great Wryley St Mark in 1892 (ref C11/1/392) so she is not dead or married in 1891. This may be a simple mistake but would need the marriage certificate for certain proof.


Note the name Lydia not Louisa ? and Shevington not Shavington.

Note: The spelling of Whybunbury with an H.