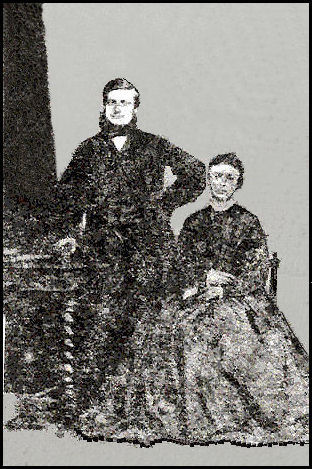 (picture supplied by Timothy and Glenda Driver) many thanks.

Ellen Austin was William and Mary’s fourth child and she was born in Napley Heath and seems to have had a settled marriage to William Taylor, and lived until the age of 78. There were five children, two girls and three boys, the older children may have been by Williams first wife Leticia Bennet , as yet there are no datable records of this marriage.

The 1881 census records show that they are living at Hook Gate near Ashley. William's job is a farm labourer.

The 1861 census records have Ellen single aged 21, living at the Griffin Arms Hotel in Norton in Hales and working as a dairy maid. The head was described as a farmer and publican.

The 1871 census records have Ellen  aged 30, living with the Higgingbottom family at Yew Tree farm in Withington, Lancashire. She is decribed as a General Domestic servant.

The 1911 Census records show that 4 children were born and none had died, but looking at the 1881 Census this shows 5 children.

Anne Austin was Mary and William eighth child and appears in the 1881 census records living with her mother in Napley Heath, she is 28 years old, unmarried and her occupation is stated as a dressmaker, the same as her mother Mary. Also lodging at the same address is Richard Malkin who was a farm labourer they later got married in 1885. Lottie Lee has memories of visiting the house in later years and remembers Anne as a very strict lady and unpleasant.