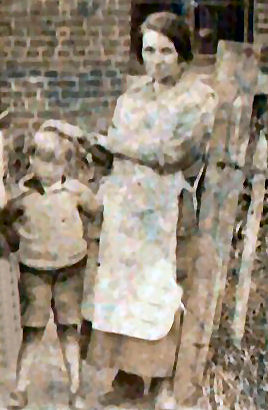 Annie Woodcock was the daughter of William Woodcock and Sara Orwell she was their seventh child. The 1881 census records show her dwelling at Woodbines Houses which is somewhere in Silverdale on Racecourse. it is noticeable that her father is widowed and we know from his wife Sarah's death certificate that she died on the 16th March 1881 aged just 37.

Racecourse is the name of an avenue in Silverdale built on the site of an old racecourse.

Details of the 1881 Census records.

notice the spelling of Schoolar.

Details of the 1891 Census records.


Both William and Mary are marked as married.

Details of the 1901 Census records.

Details of the 1911 Census records.


We can see by the 1911 census that Ann is married and living with her family in Gallowtree Lane.

It may be noted that the 1901 census record states Annie was Imbecile from birth, I have details from her grandchildren that they have fond memories of Annie , and there is not a lot to suggest she was an imbecile. Annie did have a reluctance to leave the house various people tried to get her to go out but failed. Douglas Beech remembers that there was always a pot of senna tea on the boil. Betty Cope says she has very fond memories of her and that she had very long hair down to the waist but it was usually kept pinned up. My father Harvey Austin remembers that when Annie's house was bombed in the second world war she came to stay with them in Audley, Annie is said to have hated Audley. On reflection it would seem very likely that she hated Audley she had lost her home in Thistleberry, she was apart from her husband and family, she had a broken leg and also some type of agoraphobia. Poor woman.

The bomb that landed in Annies Garden.